Upon my research about how to avoid errors in software development, I came across an interesting article from a NASA workshop. The workshop had the title “Resource Management on the Flight Deck” [1]. It was held in June 1979, and the topic of the workshop was finding new ways to avoid accidents in aviation.

One part of the workshop was taking a closer look om something called the “Theory of the situation” [2]. The main finding in this paper was, that people always have a belief of the situation, they are currently in and what is happening around them. This is called the “Theory of the Situation”. But what’s actually going on might be different. This is called the “Theory in Use”. For example think of a pilot in an airplane assuming that the aircraft is travelling at a certain speed, but actually the instrument is displaying a wrong value, because the sensors are not measuring correctly. The wrong speed measurement is believed to be correct, so the pilot acts on a “Theory of the Situation”, which is based on a wrong assumption.

Long story told short, what I’ve learned from this paper:

The documents mentioned in this post can be found on the NASA Technical Report Server: 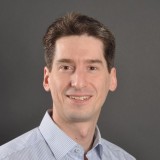 Working in the IT since almost 3 decades and seeing different people doing the same mistakes again and again, I decided to share some of my thoughts about architecture and best practices with you.